LOVE LETTERS TO MICHELLE; THE MEANING OF AN ICON

As America bids farewell to one of its most consequential presidents, the grief more than half of the country feels is in part due to the fact that his wife, the most popular public figure in America today, will be vacating the White house with him. So far its been a long tearful goodbye and in a new book of essays soon to be published, 25 writers put on paper, what the First Lady has meant to so many over the last eight years. 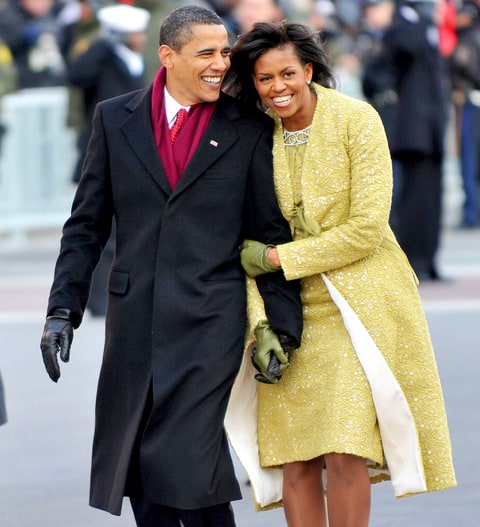 The Meaning of Michelle as the book is titled comes as a great boon to many who see her as one of the best, if not the best who have graced that position. Not since the likes of Jacki Kennedy has America seen such a glamourous figure, selling out shops each time she chooses to grace their products by wearing them, The Fashion industry will miss her as she has launched so many new and unknown designers into stratospheres that has astounded fashion watches on so many levels. Her mythic is just something that cannot be quantified especially for an industry that for so long and even now, believed that black models cannot sell their products. What a shock, that a black woman will become in short order, the fashion icon of the world, copied by waiters, housewives, elites, royals and politicians.

As she took over the fashion world so did she took over America and became America’s mom; warm, funny, original, fiercely intelligent, and as down to earth as you could ever imagine someone in the White House dared to be.

Speaking to NBC, Veronica Chambers, award-winning journalist who inspired the idea spoke of how it came about:

“Elisabeth Dyssegaard, who is an old friend suggested it one day when we were having lunch. It has kind of been our thing over the last 8 years. We have lunch and at some point in the lunch, we have a Michelle Obama appreciation moment. Then about a year ago, she suggested we channel all this admiration and appreciation into a book project.” On the question of why Michelle Obama had become such a towering figure in not just the literary world but the general public, surpassing every previous First Ladies even the Lady of “Camelot” Jackie Kennedy, she replied that

“The other day my daughter was trying to find a movie for us to watch on family movie night and she picked up the phone and said, “Siri, give me the names of movies with smart, brave and funny girls.”

I think Michelle Obama has become iconic because here was this woman, living in the White House, literally, our First Lady and she was at every turn, not just stylish like Jackie O, but smart, brave and funny. For eight years, this was the incredible woman that we got to watch. What a gift.”

Summing up her legacy in the years to come as

‘If I had to sum up her legacy in one word, I would say it would be the authenticity. The power of authenticity. Like author Brené Brown has written, “If I get to be myself, I belong. If I have to be like you, I fit in.” This question of belonging versus fitting in continues to be a real challenge, for women and especially for women of color. But belonging, and being ourselves, is where our power is at.

Michelle Obama modelled that in this really unique and exemplary way. It’s a legacy that will be remembered, studied and treasured not just by our daughters, but our daughters’ daughters. I’m confident of that.”